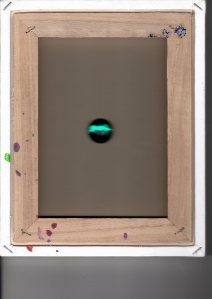 The story so far:

Snarfie and Pie Thagoras have spent the previous 350 pages having various suspenseful gothic adventures largely stemming from their need to save their ancestral home from being redeveloped into a bingo hall.

Reluctantly they agree to sell the family portraits.  With heavy hearts and grubby feelers they repair to the Long Gallery and begin boxing up portraits by Van Dyk, Reynolds, and Gainsborough, ready for the monsters from Christie’s to sell them at auction.

They work their way from Elizabethan times up to the early 20th century and lift down the portrait of their great-grandparents, painted by a friend of Picasso’s.  Turning over the precious artefact, what do they find but the long lost legendary Ginormous Emerald either won by Sir Jonas Sock-Creature, the 18th-century buccaneer in a game of chess with an exotic oriental despot (the family story) or perhaps “liberated” when Sir Jonas helped himself to it while a guest of the Maharajah. 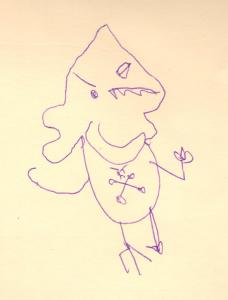 The family fortunes are restored in the nick of time and the cousins celebrate by snarfing coconut cream pie in the Great Hall.